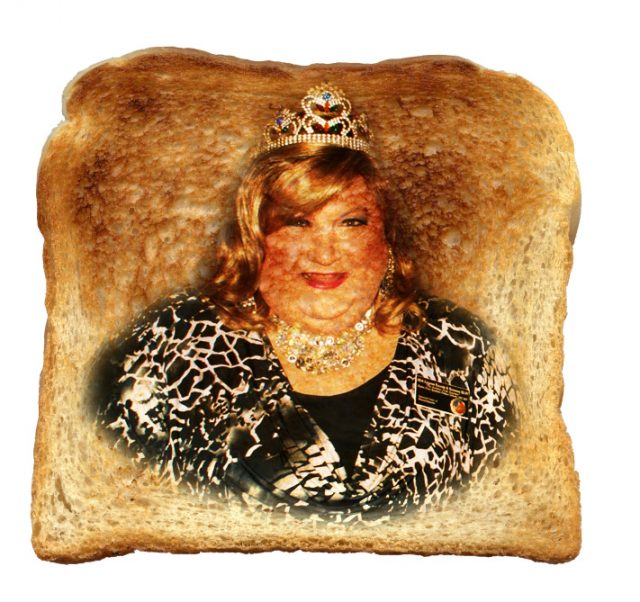 Daphne has long been one of the foundations of the Imperial Court of Massachusetts.  She served as Baroness and continued to serve the City of Boston as Empress Emerita.  As Empress Emerita, Daphne continued to give of herself and to demonstrate the true qualities of Nobility.  Daphne embodied so many of the core teachings of the Sisters.  She taught those around her to face the difficulties that life threw at you with a willingness to laugh.  She was active in the Transgender community and preached radical self-acceptance.  She invested her time, her heart, and her earnings in making the world a better place.  She carried herself with a Nobility of spirit that far outshone the Jewels of the Nobles around her. The world is lessened for no longer having her presence in it, but we have been made greater for having her in our lives and in our community.