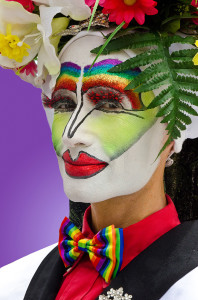 I came to maturity during the Reagan ‘80s, in a very conservative community and at a time when being gay was equated with God’s wrath in the form of HIV/AIDS. Faggots in big cities like New York and San Francisco were getting sick and dying fast, and now the evil was even spreading into respectable communities like ours.

I had popped out of the womb infatuated with the shirtless surfer boys walking about town, but long before understanding these feelings I knew to keep my mouth shut and my eyes averted. Up through high school, I hid behind the trappings of straight adolescence, and I said and did a lot of things I wish I hadn’t.

During college, some frat boys hung a “fag” in effigy from a tree in the center of campus. While the president of a different fraternity, I presided over a divisive and vitriolic debate regarding whether a pledging freshman accused of being gay should be expelled for being a freak. I kept my head down, and worked hard to conceal the nature of my own, weekend sexploits.

By the time I reached graduate school, I had finally had enough. After so many years of lying and hiding and wishing I could be like “normal people”, I made the decision to stand tall and vowed to never again stand in silence while bigots hurled insults against my inadvertent community. The road to Pride was a rocky one, and one paved by the good intentions of those who had suffered before me. They have my gratitude.

Fast-forward 22 years, and my loving partner of 13 years and I are sharing a home in the Castro neighborhood of San Francisco. We are donating money to charities and occasionally volunteering, but I am looking for some far more meaningful way to give back and to serve my community. And then The Sisters of Perpetual Indulgence bring Revival Bingo to Most Holy Redeemer. On that first night I am hooked, and I know just who I am meant to be.

Two years later I took my vows as a fully professed Sister. Then in the spring of 2009 I relocated to Boston and began laying the groundwork for The Boston Sisters Convent of the Commonwealth, for which I currently serve as the Mistress of Novices. No matter how it is explained, without direct experience one cannot imagine what it means to practice as a nun The Ministry of Perpetual Indulgence. I am blessed by Fate.