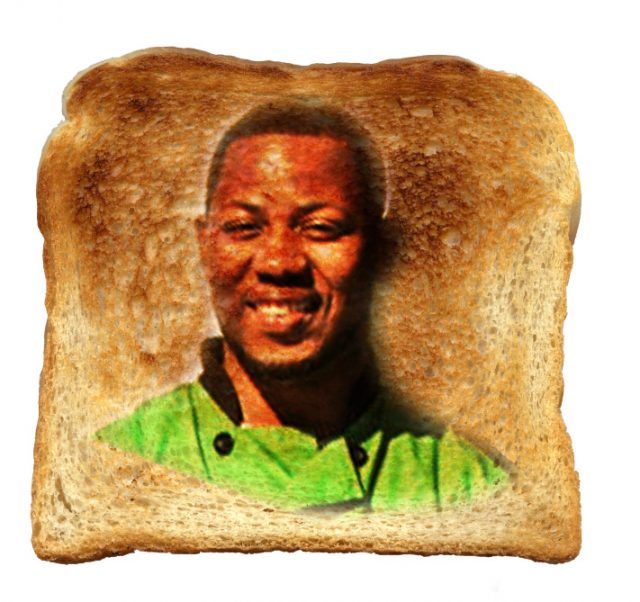 Julius is a Culinary Art/Food Service Management graduate of Johnson & Wales University class of 2013.  His studies include Advanced Culinary Capstone Labs, Entrepreneurship & Interdisciplinary Studies. He studied this because he has a fascination with food and culture. In 2014 he won the Johnson & Wales University shark fest pitch competition and startup weekend in 2012. He also won 2014 Get Started RI pitch competition by Cox Business and Inc. Magazine. He is the recipient of 2014 Johnson & Wales Outstanding Young Alumni Award and was contestant on the Food Network’s Great Food Truck Race in 2014. He is the Founder/Director of the nonprofit Food4Good which is a mobile soup kitchen and food truck. He is a local chef fighting to end hunger in his own community one plate at a time. For these reasons, the Boston Sisters of Perpetual Indulgence have bestowed Sainthood upon Julius naming him Saint Food4Good.